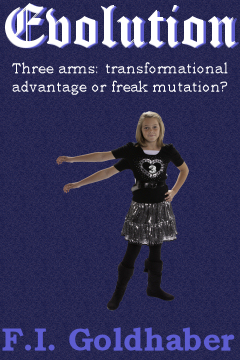 Syndi believes her father hates her because of the third arm that her parents constantly fight about. But, then she grabs an opportunity to prove its special advantages to the world. 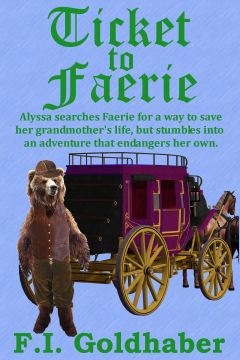 Ticket to Faerie, published in ebook by Uncial Press will be available in print next month.

For ten years, Alyssa's grandmother sent her magical gifts that didn't work. But when Alyssa correctly, for once, follows the instructions that came with her 16th birthday present, she finds herself in Faerie, desperately trying to bring home a way to save her grandmother's life.
Rebellion 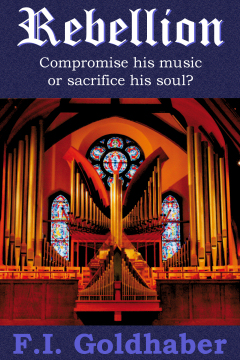 Compromise his music or sacrifice his soul?

In Rebellion, Fisk rebels against the worst organist ever encountered in more than four decades of filling his church with heavenly music. But when the rector blames him for the resulting dissonance, must he make the ultimate sacrifice?

Why did I of all people write a story set in a church?

Many years ago, I attended a church service only to hear a friend play as guest organist. Afterwards, I heard people, in awe, telling him, "I didn't know our organ could sound like that."

Of course, I immediately wondered what the organ thought about the abilities of all the different people who had played it over the years.

When I went online to find the organ that would become the protagonist of my story, I stumbled upon the gorgeous Fisk organ seen on the cover. (Although I did set him in a fictional church -- the one where he really lives has had the same organist for almost 60 years.) Years later, while searching for a photograph I could use for the cover of his story, I found this quote from the founder of the company that built him:

"The organ is...a machine, whose machine-made sounds will always be without interest unless they can appear to be coming from a living organism. The organ has to seem to be alive."
Charles Fisk, founder of C.B. Fisk


Fortunately, although the church where Fisk's inspiration lives did not want to be mentioned by name, the staff did provide me with the lovely photo of their gorgeous instrument for the cover.

You can purchase Rebellion in ebook now, or wait until next week when it will be available, together with Evolution, in print.